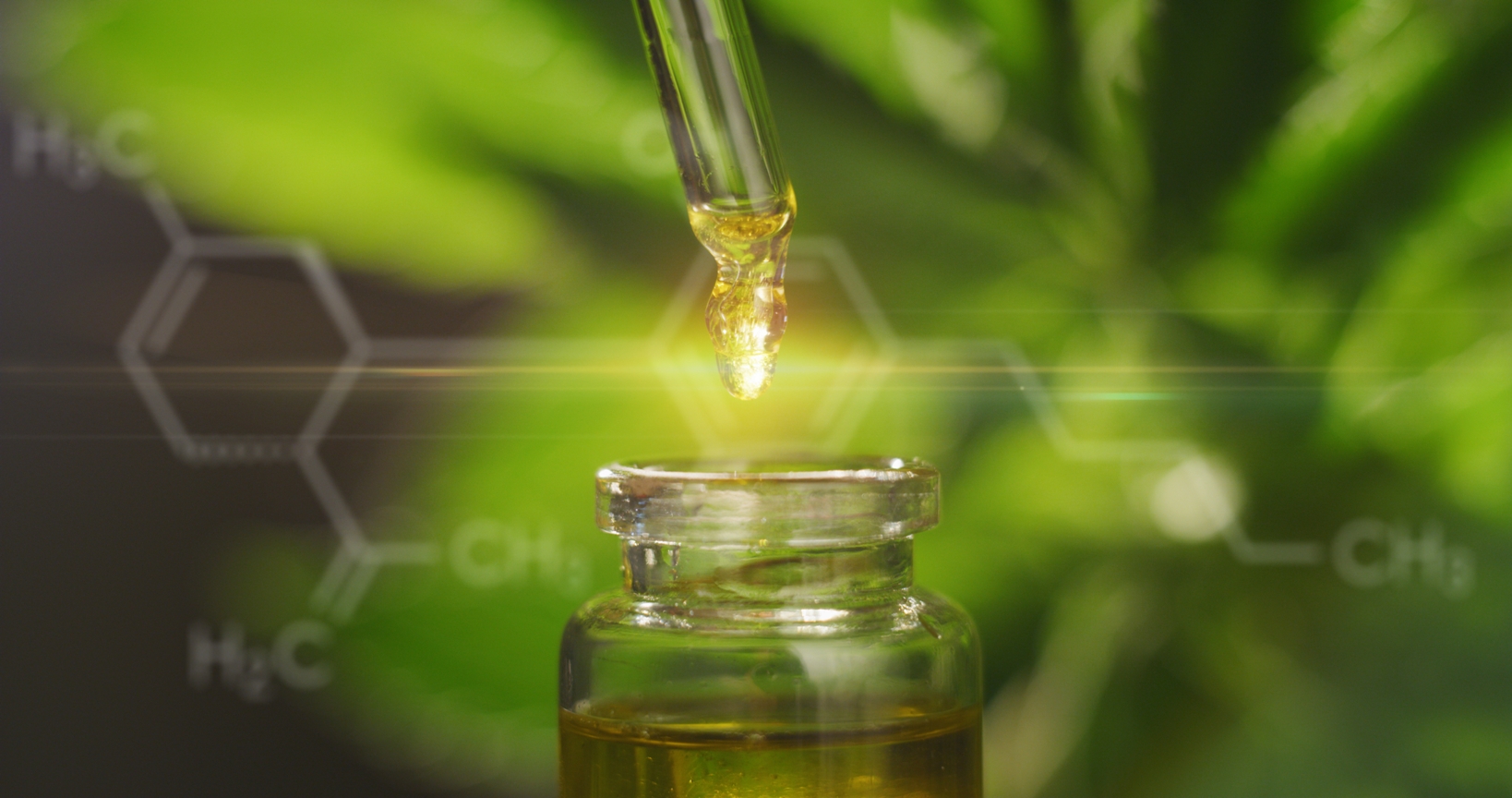 In this day and age, as online shopping becomes a more and more widespread phenomenon, consumers are relying increasingly on customer reviews and star ratings for information before they buy.

When you buy a new product, it doesn’t matter how many reviews you’ve read or how many videos you’ve watched online. The truth of the matter only comes to light when your delivery arrives, and you try your new purchase for the first time.

But when it comes to therapeutic devices like the PhenoPen (which many people also use medicinally), it’s a lot more complicated than just how the product looks or feels as it’s all about the specially-formulated contents inside the pen. That’s why we’re taking the time to offer you a concise, easy-to-read guide to answer one highly complex question: What’s inside the PhenoPen? That question’s a complex one because so much dedicated research and so many hours have been invested into the PhenoPen, it’s not an easy thing to break down. However, by the end of this article, you’ll know exactly what’s inside the PhenoPen.

There are many CBD vaping systems on the market. From sealed pod devices to disposable vape pens, there’s no shortage of choice when it comes to vaping CBD. PhenoPen differs from other CBD vaping devices for several reasons. The most compelling reason though has to be the proprietary 100% pure hemp extract with added terpenes that comes inside each replaceable PhenoPen cartridge. We’ll get into more details about the specific ingredients inside PhenoPen in the following section, but for now, let’s understand a little more about what makes PhenoPen different to other similar vaping devices.

The majority of CBD vaping devices require a carrier liquid to enable the CBD extract to be vaporized. The three primary carrier liquids used in CBD vape liquids (as with E-cigarettes containing nicotine) are Vegetable Glycerin (VG), Propylene Glycol (PG), Or Medium-chain triglyceride (MCT) Oil. While these three carrier liquids are food-grade products, they are made from synthetic chemicals, and those don’t agree with everybody. Some people are allergic to PG and need to use only products which contain VG. There are also those who aren’t interested in inhaling synthetic chemicals and want the benefits of 100% natural and organic CBD instead. So what exactly comes inside each PhenoPen cartridge?

The highly concentrated pure hemp (CBD) extract in each pre-sealed PhenoPen cartridge is derived using what’s called sub-critical CO2 extraction. This extraction method utilizes no solvents during the process and is considered to be the safest and best way to extract CBD (and other compounds and chemicals) known to man. CO2 extraction keeps the valuable Phyto Cannabinoids from the plant intact, and this is considered to be beneficial.

The hemp extract inside PhenoPen consists only of natural extracts and no added chemicals, solvents or pesticides. The liquid inside is cold-pressed, unrefined Hemp Oil containing Full Spectrum Cannabinoids including an impressive 59.7% CBD concentration per cartridge. It’s that highly concentrated amount of CBD that makes PhenoPen effective for the management of insomnia, inflammation, pain, anxiety, and a host of other physical and mental conditions. Each PhenoPen cartridge has 0.5ml of CBD liquid, containing a total of 150mg of CBD.

PhenoPen contains a range of cannabinoids and terpenes which are considered to be therapeutic in their application. CBD is the main component of the liquid and makes up 59.7% of the overall concentration inside the cartridge. There’s also CBG, CBDA, THCV and THCA and a host of other Phytocannabinoids in the blend which we’re taking a closer look at.

Here is a full list of the ingredients inside every PhenoPen cartridge:

CBD, short for Cannabidiol, works in many different ways within the body. CBD has been shown to be effective as an antibacterial. It’s also considered to be neuroprotective and anti-inflammatory and is used as such to treat pain from inflammation and chronic pain. CBD also lowers blood sugar and reduces seizures & convulsions for people suffering from some forms of epilepsy. Studies have shown that CBD is also useful as an antioxidant, analgesic, anxiolytic, anti-depressant, spasmolytic, tranquilizer, vasorelaxant, and also inhibits cancer cells growth (according to some studies). The list of the benefits of CBD is seemingly endless, but other vital compounds from the plant also work well together with CBD.

CBG is one of the lesser-known and more minor of the cannabis compounds. CBG has been shown to be effective in the treatment of insomnia as it promotes sleep. It’s also good for promoting bone health and has shown in studies on animals to inhibit cancer cell growth. CBG is also antibacterial, analgesic, antidepressant & antifungal. CBD is known to be neurogenic, meaning it stimulates new brain cell growth even in the elderly.

CBDA is known to reduce inflammation, and also had anti-tumor properties when it comes to inhibiting cancer cell growth, at least as far as some research is concerned. CBDA is also considered to be useful for the treatment of some epilepsy conditions. Trace amounts of CBDA in PhenoPen add to the so-called “enterouge effect,” which we’ll discuss more later.

THCV is related to THC (the compound in cannabis that makes people high) but has no psychoactive effects. In low concentrations, THCV is an antagonist of the CB1R receptor and reduces or eliminates any intoxicating effects of other pCBs like THC. According to some studies, THCV promotes bone growth, reduces seizures & convulsions, suppresses appetite, reduces inflammation, and treats some forms of epilepsy. THCV is also neuroprotective. It also helps to block the onset of panic attacks and reduces general stress and anxiety.

PhenoPen CBD liquid contains tiny trace amounts of Delta-9 THC, at around just 0.085%. The trace amounts of THC in PhenoPen don’t make you high or stoned. They do, however, help as part of the entourage effect in conjunction with the other cannabinoids inside with a variety of issues. These include relieving pain, reducing vomiting and nausea, stimulating appetite, and suppressing muscle spasms.

There are minuscule trace amounts of these four compounds in PhenoPen cartridges. The combined concentration of less than 0.03% makes these compounds, as far as the PhenoPen is concerned, relatively irrelevant. Nevertheless, these compounds work symbiotically and encourage the well-rounded and long-lasting effects that the PhenoPen offers.

Terpenes are volatile fragrant molecules that grow inside many types of plants. There are many different terpenes inside cannabis, and they all carry different effects when taken by humans. The unique combination of different terpenes gives various cannabis strains their aroma and taste. This is all to do with the “entourage effect or ensemble effect” as it’s known. This comes when the various cannabinoids and terpenes combine when activated to give a multi-faceted experience to the user. PhenoPen contains some of the most popular terpenes that cannabis has to offer, all uniquely blended for the perfect experience. Please note that the following list features the primary terpenes in PhenoPen only. For a full list of PhenoPen’s terpene profile, please see our recent third-party lab test results.

Other than the various active compounds and terpenes mentioned in this article, PhenoPen contains only pure 100% hemp extract as the carrier liquid. This is derived during the delicate extraction process, and waxes from the plant are removed from the final product to make it suitable for vaping. You can get more information about PhenoPen’s proprietary pure hemp extract at www.phenopen.com.